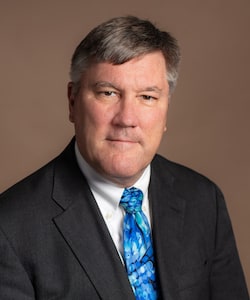 David Donnan is an experienced advocate who has successfully represented clients in the trial and appellate courts of Washington and California. David’s success in the state and federal courts over the past 30 years has been a testament to the skills and insight he can provide in your legal representation. As a result, David was recognized as a Super Lawyer in 2006 by Washington Law & Politics and as an Outstanding Mentor in 2011 by the King County Bar Association, Young Lawyer Division.

David previously served as the Executive Director of the Washington Appellate Project, one of the leading appellate public defense agencies in the United States, for more than fifteen years representing indigent clients appealing criminal convictions, involuntary civil commitments and the terminations of parental rights. Under David’s direction the office represented thousands of clients and led challenges to discrimination in the criminal justice system and pushed for the progress development of the criminal law in Washington. The right to privacy has also been a particular area of focus as the government becomes more intrusive in our lives and businesses.

David has lectured regularly on new case law and specific areas of concern including prosecutorial misconduct, the right to privacy, search and seizure, and the improper use of character evidence. David’s work with the Washington Association of Criminal Defense Attorneys and specifically its legislative committee and as a director with the Washington Defender Association has also been recognized. David was a recipient of the Washington Association of Criminal Defense Lawyer's Certificate of Appreciation in 1998 and 2004 for his work on legislative committee and caselaw updates.

David has handled many significant appellate cases over the years including the first challenges to the three-strikes laws, recent challenges to the use of secretive special inquiry proceedings used to circumvent the warrant requirement, and as amicus curie in Anderson v. King County. Appellate and post-conviction representation requires both knowledge and experience to navigate the complex and byzantine worlds of appellate procedure and constitutional law. David has the experience, skills, and reputation to ensure his clients get the best results possible.

David graduated, with honors, from California Western School of Law in San Diego, in 1986, where he was the Executive Editor of the California Western International Law Journal and a regional finalist in the National Moot Court Competition.

In college, David was an intercollegiate debater in one of the top programs in the nation and was the president of the University of Utah team in 1979-80. After college, David was commissioned as an officer in the United States Navy and served as assistant supply officer aboard USS Ingersoll (DD 990).

Contact Us
Practice Areas
Our Videos
Client Reviews
★★★★★
Just so you all know this man is a GOD sent and has my complete blessing and gratitude. [Brad] is one of the most honest and forthright human beings that I have ever met...and he saved my life. Daniel
View More
Submit a Law Firm Client Review